Received a carton of Taiwanese Beer thanks to the good folks at Kaimay Trading. 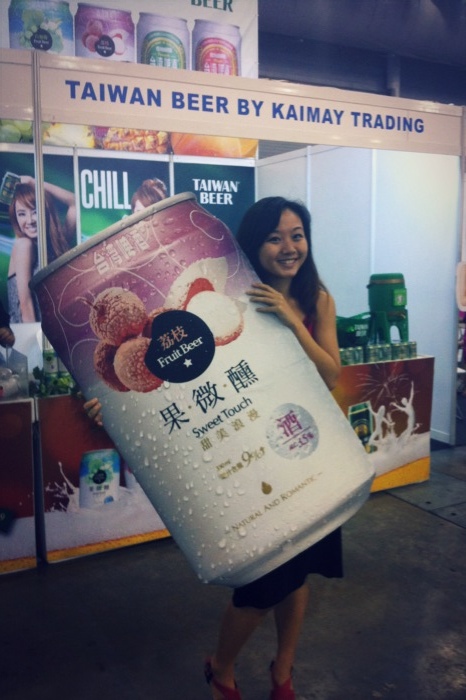 I’ve actually written about the lychee beer before. It’s the best selling flavour in SG! But the carton from Kaimay contained many many other flavours: 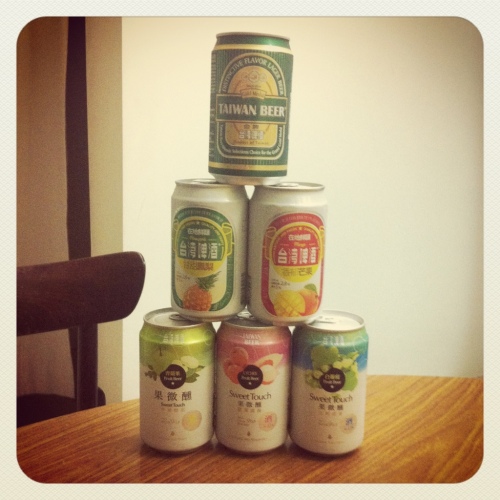 Had an impromptu tasting session with Bob and 2 of his sisters, Fe and Alexis. Bob was doubting how sellable this beer would be in Singapore. I told him it will do damn well because all us girls love getting some alcohol in our systems but most of us absolutely abhor the taste of bitter hops. (Not all, but most!) Plus, they contain natural ingredients and are super yummy. 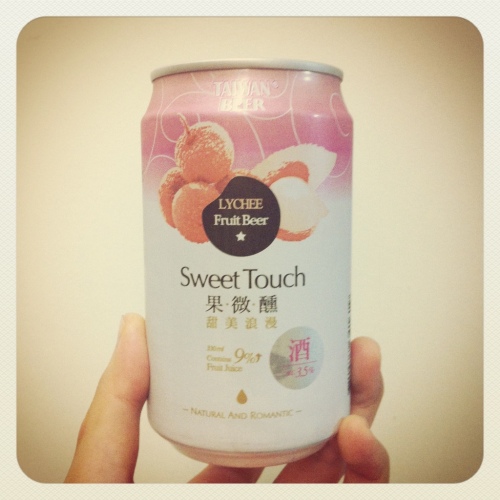 Lychee – fave of the lot. You can read more here. 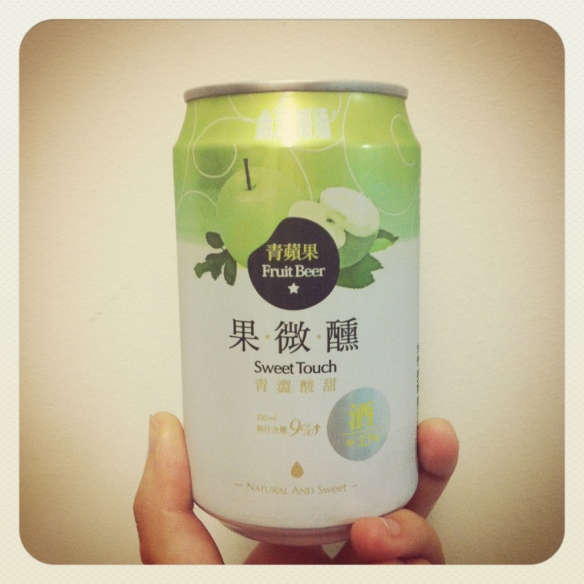 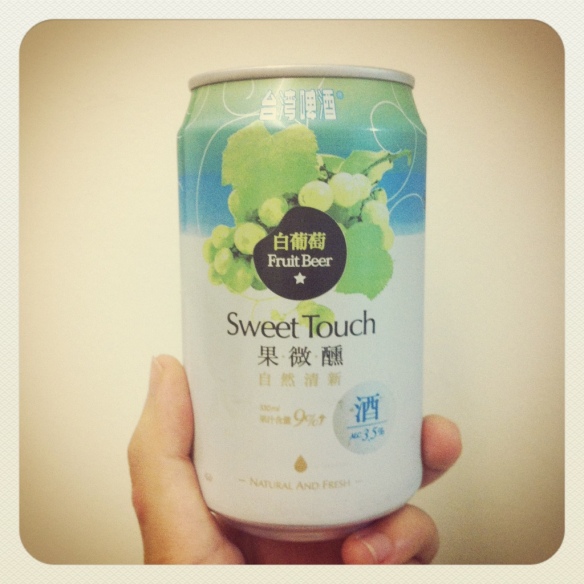 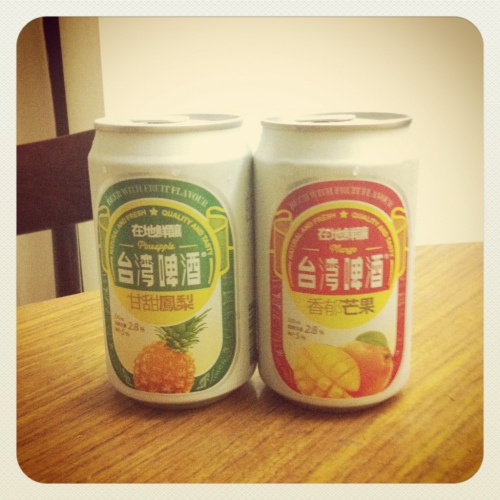 Moving on to… Taiwan Beer “with Fruit Flavour” – Natural and fresh, quality and tasty! (That’s what it says on the can!)

5% fruit juice (more beer), and 2.8% alcohol. I enjoyed these more than Sweet Touch because after the initial fruit juice taste you’d get the aftertaste of beer. 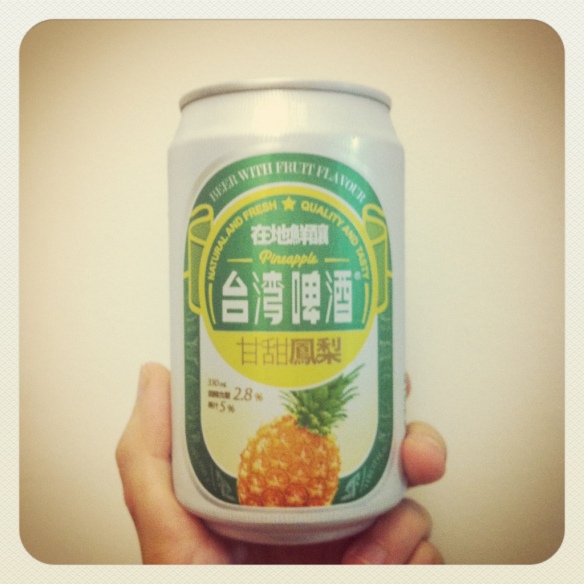 Pineapple didn’t really sit well with Bob and Fe. Alexis and I thought it was nice! Didn’t think beer and pineapple would blend well but it really wasn’t too bad. This would definitely sell well during chinese new year. ONG LAI ONG LAI. 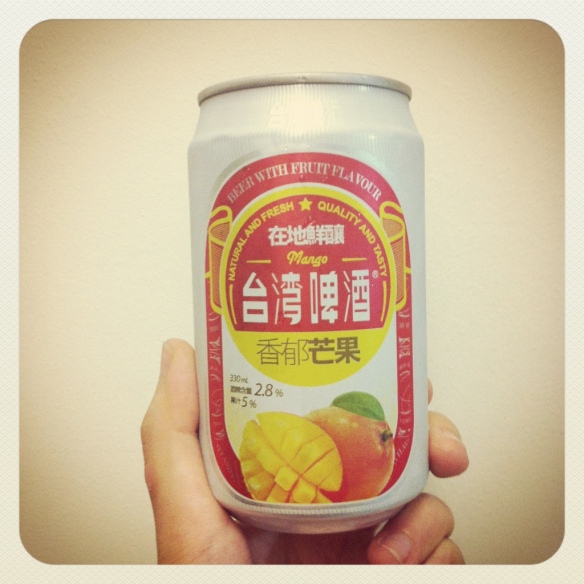 MY FAVORITEST. Taiwan Pi Jiu with Mango! Thought this was really refreshing! I could drink many many cans. 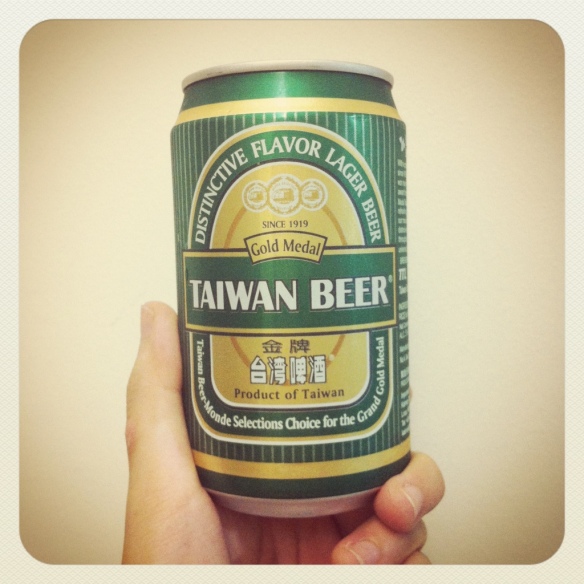 And of course, this is the renowned Taiwan Beer which serves as the base for the above-mentioned beers. It’s super light and has a distinctive taste of formosa rice!

I’d definitely recommend my top 2 picks – lychee Sweet Touch and Mango + Beer for a girly party or even a wind-me-down after work. NOT JUST COS THEY GAVE ME A CARTON ok. It’s much like Jolly Shandy – but more refreshing and easier to drink, since it contains real fruit juice. What’s even better is that because 25% of Taiwan beer is derived from rice it gives you a less bloated feeling too.

It IS a little pricey though. About $4 a can.

Here’s how to get your hands on this beer:

1. Sweet Touch White Grape and Lychee Beer are both available at major supermarkets! They’ll be rolling out the other flavours over a few months, so brace yourselves for that.