After scouring and exploring the whole of Cineleisure, we present to you –

Koufu @ the basement of Cineleisure gets our vote as the best value-for-money place to eat at Cine! For less than $10, you can definitely eat your heart’s worth at any of the stalls. Plus, there’s a great variety to choose from… so it doesn’t matter who you’re eating with, you’re bound to find a something that suits your fancy.

I’ll write about what I had – I always eat at Sawadee Thai Cuisine if I’m looking for a quick meal at Cine. Reason being I’m a sucker for Thai food, and they are super generous with their portions.

I got myself a gargantuan portion of Fried Tanghoon, a bowl of Tom Yam Soup and a bowl of Red Ruby 🙂 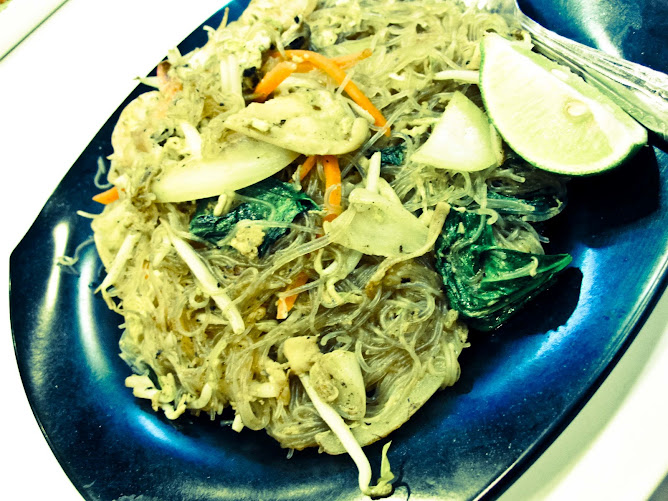 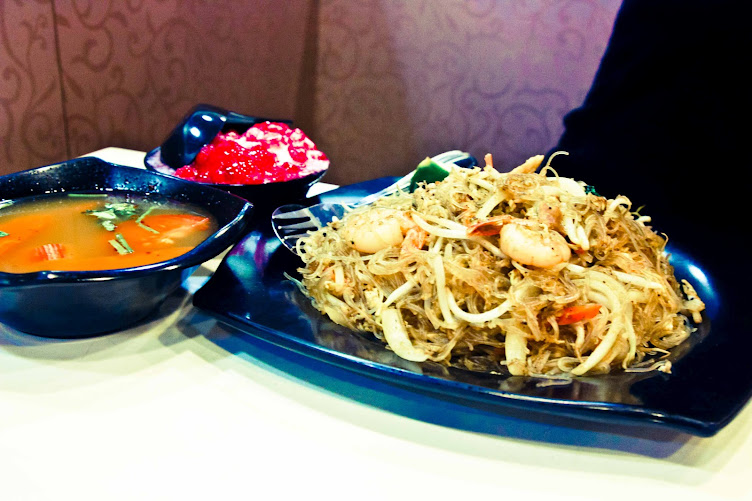 At first I was really excited that they were so generous with the red ruby. In the video you can even see me excitedly telling you that usually other people are very kiam siap, and that they usually give less red rubies and more coconut milk. I realized that there was a reason for that… the red rubies tasted a little bland without enough coconut milk. Also couldn’t finish this, there were really too many red rubies lol.

If you’re ordering the set like me, you can choose between the Red Ruby dessert or Sweet Tapioca btw.

I love! The one thing that keeps me coming back. Sawadee Cuisine’s tom yum soup really packs a punch – with the right balance of sweet, sour and salty. I salivate as I think of it. It complimented the noodles well la actually.

The Thai Fried Tang Hoon was actually something I’ve never had before at Sawadee. I would say I very much prefer the Thai Basil Chicken Fried Rice! That said, their sets are really value for money. Confirm full until bao zha after that.

3.5/5 Taffi Points – only a little better than average. 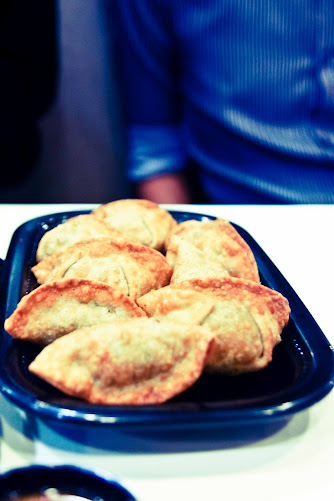 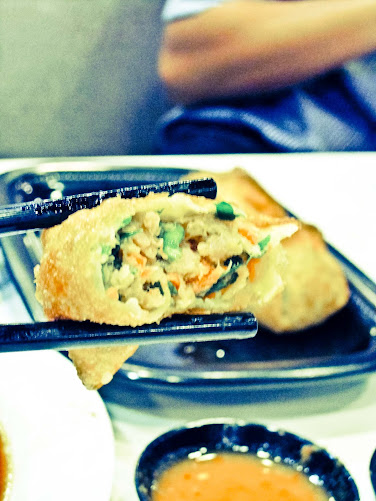 Yup. I’m a sucker for Guo Tie and all things dumpling too. These were recomended by Alexis and GOOD CHOICE, I would say. They’re not really like normal guo ties cos they’re actually deep fried (as opposed to pan fried) but that lends them a very shiok, crispy texture. I also think as a result the “juice” from the mixture of pork and veg is retained nicely in the dumpling. It’s so good lah… the juice spurts out on first bite, and you’ll have a mouthful of a very tasty mixture of meat and veg in your mouth. SO GOOD SO GOOD… I’ll give it

Fresh fruits for dessert! $2.50 from the drinks store 🙂

C’est finis! Hope you enjoyed our guide to eating at Cineleisure! Remember to vote for us HERE HERE HERE! You have to click on the “sign in with Facebook” button at the top first though, if not they’ll tell you that you’ve voted already. Thank you! 🙂

One thought on “Your guide to eating at Cineleisure”